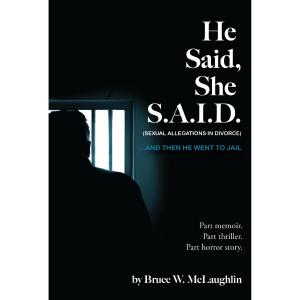 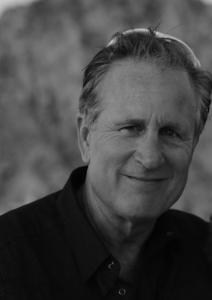 WASHINGTON, DC, USA, April 20, 2022 /EINPresswire.com/ -- A respected attorney and father, Bruce W. McLaughlin, had it all, but lost everything as the victim of false allegations of child abuse levied against him in a case of divorce revenge.

This miscarriage of justice is chronicled in Mr. McLaughlin's harrowing biography HE SAID, SHE S.A.I.D. (Sexual Allegations In Divorce), which recounts his wrongful imprisonment in the throes of divorce proceedings, but resulting in him being ultimately freed after evidence was presented proving his innocence.

The 2nd edition of the critically acclaimed book will be available everywhere beginning May 2022.

It is a parent’s worst nightmare. The police burst into your suburban home, accosting you in bed, arresting you, and hauling you off to jail. All while your 10-year-old son watches from the shadows in terror.

Bruce McLaughlin lived through this nightmare in May of 1998. He was booked that night on charges of abusing his children—falsely accused by his wife amid an emotionally charged divorce that had already permanently shattered and scarred their family.

In this first-hand account of the months and years that followed that night, Bruce shares his confusion, fear, rage, and indignation as he was booked, tried, convicted, and jailed for an abhorrent crime he did not commit. Even as an attorney, Bruce found himself ill-prepared for the challenges he faced in proving his innocence, restoring his reputation, and rebuilding a life.