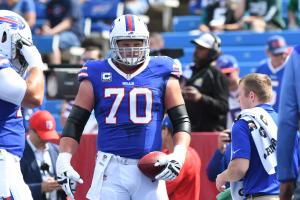 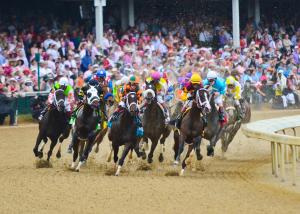 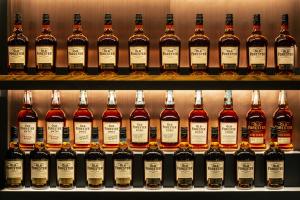 WASHINGTON, DC, UNITED STATES, April 22, 2022 /EINPresswire.com/ -- LegendsAbroad.com will serve you a once-in-a-lifetime opportunity to join Louisville resident and Buffalo Bill legend Eric Wood on a five day private insider tour, discovering the heritage of America’s only native spirit, Bourbon. With its magnificent horse farms and world-famous whiskey, Louisville will play host from July 18-July 22, 2022 to this ‘only of its kind’ experience, offering unprecedented access to an NFL legend and unique tours of the most celebrated Bourbon distilleries in the world.

Eric Wood is a former center for the Buffalo Bills and nominee for the Walter Payton NFL Man of the Year Award two years in a row, in 2015 and 2016. Eric played for nine years with the Bills, until a dangerous neck injury forced him to withdraw from professional football in 2018. Always loving a challenge, Eric has since approached his post-football career transition with enthusiasm, bringing his wisdom of years of experience on the field to broadcast media and public speaking.

Guests will stay at the exclusive Omni Louisville Hotel. With a booming Bourbon renaissance, iconic attractions, world-class hotels and venues and a renowned culinary scene, Louisville is an experience like no other city.

From its early days on the frontier, it quickly grew to be a major trading and distribution center in the mid 19th century, an important industrial city in the early 20th, declined in the mid 20th century, before revitalizing in the late 20th century as a culturally-focused true blue American city. This classic American destination in Bluegrass country is home to some of the country’s best chefs, musicians and artists, while earning its reputation for being one of the best places to visit in the USA.

The five-day tour will include cocktail receptions, educational talks and private dinners with Bourbon pairings at some of Louisville’s most historic and distinguished speakeasy’s and dining venues.

Tours will include historic distilleries such as the Stitzel-Weller MJ Exclusive Reserve where guests will learn about the past, present and future of Bourbon; a tasting and BBQ at Buffalo Trace where there has been a working distillery on the grounds since 1787; a tour and tasting at Three Boys Farm, one of few places where guests can pull whiskey straight from the barrel and take it home. Further tours include private dining and tastings at the infamous Makers Mark and Woodford Bridge.

About Legends Abroad:
LegendsAbroad.com is powered by a partnership between International Experiences and Insider Expeditions, which collectively bring decades of experience hosting exclusive international events and managing high-end travel experiences across all seven continents.